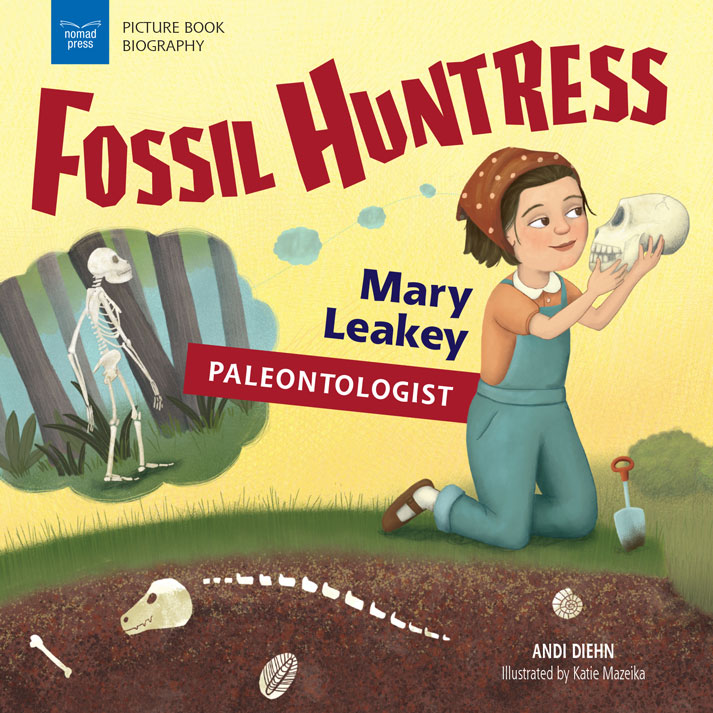 By Andi Diehn
Illustrated by Katie Mazeika
Mary Leakey, Paleontologist, introduces children ages 5 to 8 to Mary Leakey, a paleontologist who lived and worked for much of her life in Africa, making discoveries that change the face of paleontology forever. Age-appropriate vocabulary, detailed illustrations, simple STEM projects such as drawing specimens, and a glossary all support foundational learning. Perfect for beginner readers or as a read aloud nonfiction picture book!
Read More 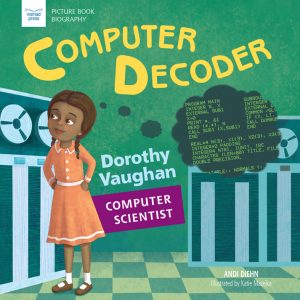 In Computer Decoder: Dorothy Vaughan, Computer Scientist, elementary aged children follow Dorothy’s journey from math teacher to human computer and beyond, a journey made difficult because she was an African American woman working during a time of segregation. Dorothy worked incredibly hard to meet the challenges that greeted her at every turn and rose to the 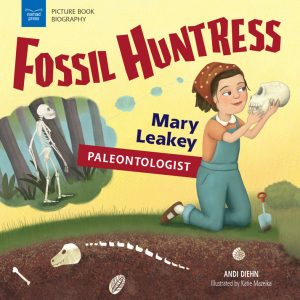 Mary Leakey, Paleontologist, introduces children ages 5 to 8 to Mary Leakey, a paleontologist who lived and worked for much of her life in Africa, making discoveries that change the face of paleontology forever. Age-appropriate vocabulary, detailed illustrations, simple STEM projects such as drawing specimens, and a glossary all support foundational learning. Perfect for beginner readers or as a read 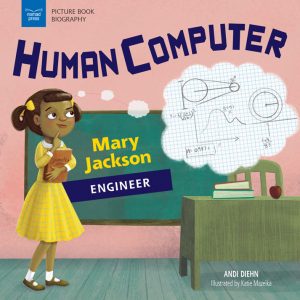 In Human Computer: Mary Jackson, Engineer, readers ages 5 to 8 learn what it was like for Mary Jackson to overcame challenges and become the first African American woman to work at NASA! Age-appropriate vocabulary, detailed illustrations, simple STEM projects such as such as designing paper airplanes, and a glossary all support foundational learning. Perfect for beginner readers or as a read 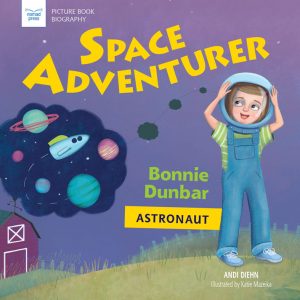 In Space Adventurer: Bonnie Dunbar, Astronaut, readers ages 5 to 8 learn about the hard work Bonnie tackled throughout her life to make it aboard NASA’s space shuttle Challenger. From planting crops and driving the tractor on her family’s homestead to devouring all the books she possibly could to applying to NASA three times, Bonnie refused to give up! All

Archimedes Note Book
"Paleontology Girls! I’m ending the month with a celebration of women in paleontology. The themes for today: fossils, women scientists, biographies
'When Mary Leakey was a little girl, she and her father liked to learn about the past.'
What I like about this book: It’s fun to read, and I like how curiosity drives Mary to study fossils and footprints. I also like that author, Andi Diehn explains what paleontologists do when they find fossils. They describe where they found it – landscape and features – and then measure and draw the fossils. And there is back matter! An activity, some quotes and connections to the text, a timeline, and a glossary. Plus, it’s part of a series that introduces women in science to young children." Read more.

School Library Journal Series Made Simple
“Four introductory volumes to the lives of prominent women of math and science. The reader learns about how they entered their fields, their work, and the challenges they faced. The biographies of Dorothy Vaughn and Mary Jackson also reveal their struggles with segregation at NASA. The text is straightforward and focuses strictly on their careers. Time lines in the back fill in gaps for the reader whose curiosity is piqued. Colorful illustrations nicely complement the narrative. VERDICT: Interesting takes on important women should appeal to both browsers and report writers.”

Praise for Forces: Physical Science for Kids from the Picture Book Science series by Andi Diehn

Booklist Starred Review March 15, 2018
“Forces, despite its down-to-earth scientific grounding, manages to do the nearly impossible. Diehn brings gravity, magnetism, push-pull forces, and friction to life in everyday contexts, without a hint of schoolroom jargon. Discussion of the forces arises naturally by inquiring what happens in a variety of situations. Shululu’s illustrations add to the fun, giving the book a storybook quality. Children, parents, and teachers alike can enjoy learning the charming, often funny, relatable, and accessible science within this Picture Book Science series (4 titles) offering.”

What was the world like millions of years ago? Did early humans walk on all fours? Did giant sloths lie in trees? Did dinosaurs have feathers?

Even as a young girl, Mary Leakey was fascinated by questions like these! In Fossil Huntress: Mary Leakey, Paleontologist, elementary aged children meet Mary as a girl growing up in France and visiting the site of archeological wonders, such as Pech Merle, Fond de Gaume, and La Mouthe.  As an adult, Mary leaps at the chance to travel to Africa, where she spends much of her life working in the field in Tanzania, making discoveries that change the face of paleontology forever. True grit, passion, and high standards for scientific rigor made Mary a pioneer in the field of paleontology!

Fossil Huntress is part of a set of four books in the Picture Book Biography series that introduces pioneers of science to young children. The other titles in this series include Space Adventurer: Bonnie Dunbar, Astronaut; Human Computer: Mary Jackson, Engineer; and Computer Decoder: Dorothy Vaughan, Computer Scientist.