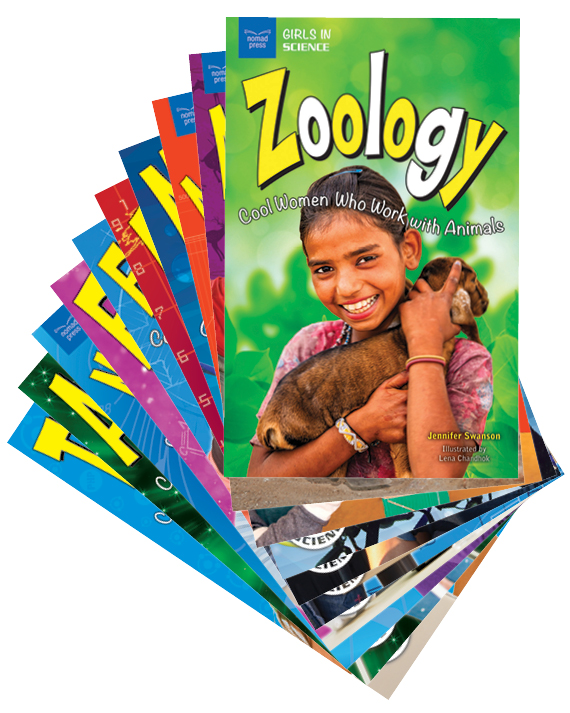 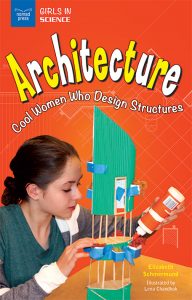 Architecture is everywhere! What style building do you live in? Is it a skyscraper, a Victorian home, or a modern building? In Architecture: Cool Women Who Design Structures, readers ages 9 to 12 examine the stories of women who are today designing the houses, schools, museums, and public spaces where we spend our time. 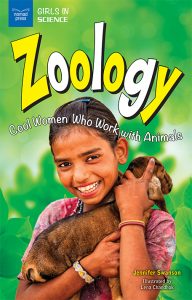 Cool Women Who Work With Animals

Love to work with animals? Become a zoologist! In Zoology: Cool Women Who Work with Animals, readers ages 9 to 12 are inspired by stories of women who have made great strides in a field that requires commitment, courage, and creativity to pursue. 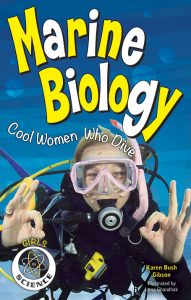 Planet Earth has more than twice as much water covering its surface than land! In Marine Biology: Cool Women Who Dive, readers ages 9-12 meet three women who are studying the organisms that live in oceans, wetlands, and estuaries, which offer clues to the very beginnings of life. 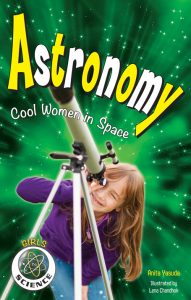 Head outside and look up. What do you see? At night you might see stars, the moon, the Milky Way, and planets! During the day all these things will still be there, but they'll be hidden by the bright light of the sun. Astronomy is the study of celestial objects and what's beyond the nebulous

Praise for books in the series

Science Books and Films +: Recommended
Technology: Cool Women Who Code highlights three women that have contributed to technology in STEM and is an excellent book for young girls. The inspirational stories of these successful women in STEM are the perfect introduction to the careers and contributions in technology for young readers. Critical thinking questions are provided throughout the text to further thinking, along with inspirational quotes of females in STEM professions. The text also provides “try it out” boxes which encourages readers to engage in hands-on activities, for example providing links to websites for coding, or by following QR codes that can be accessed by a QR code reader app (additional links are provided in the resource section in the back). This is a much needed book for our time for young readers to be inspired by strong females in the world of STEM, and recommended for both boys and girls.

Booklist  New SERIES NONFICTION SHOWCASE
The women featured in this Girls in Science series share more than a passion for science, technology, engineering, and math. Starting at a young age all were discouraged from pursuing paths in STEM fields. These books seek to rectify this oversight by encouraging today’s girls to consider special topics in science and technology. Each begins with a brief definition and historical overview of the topic before focusing on the livers, careers, successes, and influences of three distinguished women scientists or engineers. Astronomy: Cool Women in Space highlights Nancy Grace Roman, also known as the “mother of Hubble” for her role in the development of the Hubble Space Telescope; Maggie Aderin-Pocock, a black British planetary scientist, educator, and present on the show The Sky at Night; and Andrea Ghez, an astronomer and physicist who researches black holes. Technology: Cool Women Who Code looks at Grace Hopper, a pioneer in developing computer languages; Shaundra Bryant Daily, and African American electrical engineer who studied affective computing and created coding programs for girls; and Jean Yang, who emigrated from China and eventually became an innovative computer scientist. Numerous sidebars include further background information, mini profiles of more prominent females in STEM, and thought-provoking questions. A worthy addition to STEM collections.

Hard cover titles in this set include: