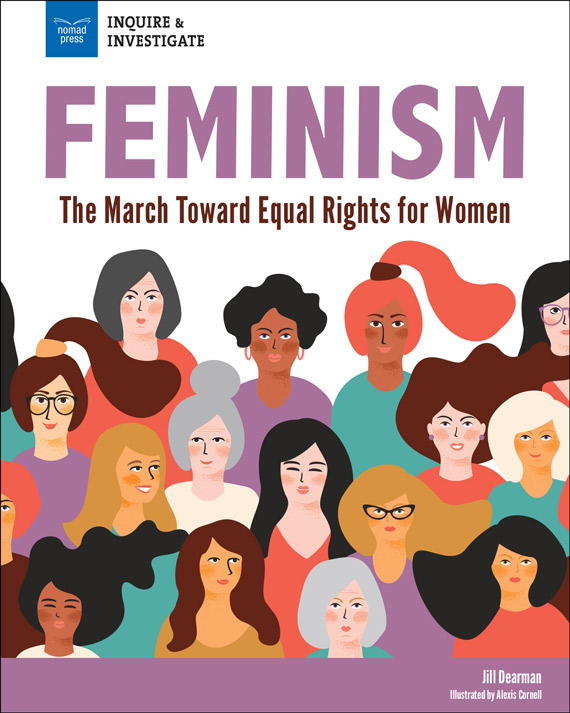 Feminism: The March Toward Equal Rights for Women

Feminism: The March Toward Equal Rights for Women

By Jill Dearman
Illustrated by Lex Cornell
Why are women treated differently from men? In Feminism: The March Toward Equal Rights for Women, middle and high schoolers take a long look at the history of feminism and meet several key historical figures who helped bring about the different waves of the movement. Through essential questions, primary sources, and investigative projects, readers develop a comprehensive understanding of the struggle that began many decades ago, compared and contrasted with the struggle that continues today.
Read More 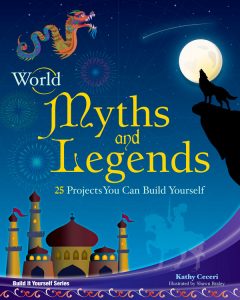 25 Fascinating Projects You Can Build Yourself

World Myths and Legends retells tales from the Middle East, Europe, Africa, Asia, Australia, and the Americas. From the Greek myths to ancient epics like Gilgamesh and the trickster tales of Anansi the Spider, it helps readers think about why the same themes, characters, and events may show up in different parts of the globe. All 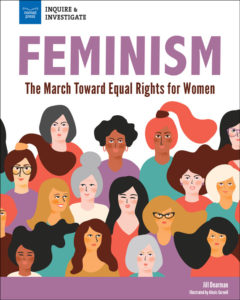 The March Toward Equal Rights for Women

Why are women treated differently from men? In Feminism: The March Toward Equal Rights for Women, middle and high schoolers take a long look at the history of feminism and meet several key historical figures who helped bring about the different waves of the movement. Through essential questions, primary sources, and investigative projects, readers develop 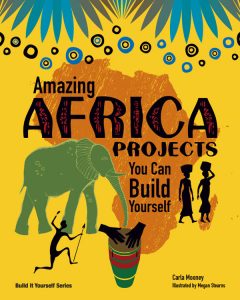 You Can Build Yourself

While Africa is one continent it contains many diverse countries. Amazing Africa Projects You Can Build Yourself introduces readers ages 9 and up to the stunning landscapes, ancient civilizations and ethnic groups, unique traditions, and amazing wildlife of the vast African continent. With 25 fun projects that kids can complete using common household supplies and 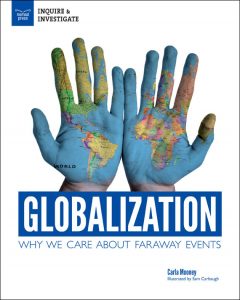 Why We Care About Faraway Events

Have you noticed that our planet is becoming increasingly connected? In Globalization: Why We Care About Faraway Events, kids ages 12 to 15 focus on the definition of globalization and discover how technology drives globalization, which affects economies, political systems, human rights, and cultures around the world. The book also explores the future of globalization and

November Prentiss, PhD, University of Arizona
“This is a strong introductory text representing the comprehensive history of feminism, contemporary social movements, and important figures in the long, slow fight for equal rights. This book provides readers the knowledge they need to start making their own cracks in the glass ceiling.”

Reviews for other titles in the series

Civic Unrest: Investigate the Struggle for Social Change
Booklist
“Few topics are timelier, more divisive, and more difficult to fully understand than civic unrest.  Lusted uses Rosa Parks as the archetype for defining civil unrest in the opening chapter.  An explanation of primary sources and excerpts from famous speeches, tracts, and books that supports Common Core State Standards literacy goals are included in the marginalia.  The “Vocab Lab” is a major strength of the book, providing not only a glossary of unfamiliar terms but also activities designed to put those new terms into use.  Comic strips comprise the bulk of the book’s artwork, using reoccurring characters to explain basic civics principles.  The text deals with contemporary issues in the U.S. but also explains relevant examples of civic unrest in the Middle East, South Africa, and India.  The “Inquire and Investigate” section encourages readers to put many of the theories and concepts explained in earlier chapters into practice. This is a complete and thorough resource dealing with basic civic principles for the middle-level social- studies classroom.”

Globalization: Why We Care About Faraway Events
School Library Connection
“Colorful cartoons, photos, and an eye-catching layout make this book an appealing resource for readers. The book also contains numerous activities to engage students in learning as they read. The book has taken a complex subject and introduced it in a way that younger readers can understand.”

School Library Journal
“The relationships among citizens, countries, and cultures around the world take center stage in this accessible exploration of global events that presents multiple perspectives. . .VERDICT A comprehensive social studies selection for middle and high school collections.”

Social Issues of the 21st Century

Why are women treated differently from men? What is feminism? Why is this movement such an important part of the history of civic rights, and why is it still important today?

Feminism: The March Toward Equal Rights for Women invites middle and high schoolers to examine the different stages of the feminist movement, from early mentions in history through the suffragettes’ fight for the vote to today’s evidence of feminism in the struggle for equal pay and equal rights around the world. As social justice movements gain more traction in the national news media, many students are evolving into activist citizens who are working towards bettering humanity and the planet. This history of feminism gives them an introduction to the ways and means of community activism, which can be applied to a multitude of causes.

Feminism: The March Toward Equal Rights for Women introduces readers to some of the icons of feminism, including Simone De Bouvier, Gloria Steinem, and Angela Davis. By examining and deconstructing writings and other arts, readers gain a deeper understanding of the struggles women and men have undertaken for the deceptively simple goal of equal rights for all. Issues such as domestic violence and the fight for equal pay for equal work, plus a discussion of the more recent #metoo movement, all encourage kids to pay close attention to the world in which we live and insist on justice at every turn.

Feminism includes critical-thinking activities and research exercises to encourage readers to dive deep into the topic and consider viewpoints from many different identities. Fun facts, links to online primary sources and other supplemental material, and essential questions take readers on an exploration of the past, present, and future of feminism.

Feminism is part of a set of four books called Inquire & Investigate Social Issues of the Twenty-First Century, which explores the social challenges that have faced our world in the past and that continue to drive us to do better in the future. Other titles in this set are Gender Identity, Immigration Nation, and Race Relations and Civil Rights.

Introduction
What is Feminism

Chapter 3
Between the Waves